Everybody adores a cell phone with great battery life, and this, in practice, implies more utilization time and less time spent charging it. While battery innovation itself hasn’t actually changed a lot throughout the long term, we have had the option to improve battery life from current smartphones.

Like many such smartphones in the race to provide more battery life, Asus Zenfone Max Z010D is one such smartphone. With impressive battery life and satisfactory performance, this smartphone is a viable option for those who loathe spending copious amounts of time kicking one’s heel, waiting for their phone to charge multiple times a day.

Thanks to hardware and software enhancements and optimizations and jam-packing higher battery capacity, Zenfone Max Z010 effectively offers a full day’s worth of battery. Certainly, it eases the mundane and mindless task of charging our smartphones. 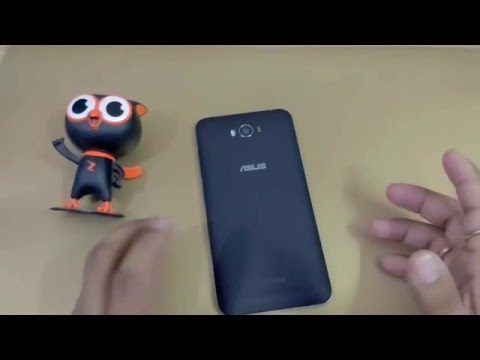 Zenfone Max Z010 presents the user with better specs, redesigned and upgraded hardware, plus a software experience. Preloaded with Android 6.0 Marshmallow with Zen UI, it has Octa-Core Snapdragon 615 SoC. Zenfone Max Z010 provides 32GB internal storage for storage requirements, expandable up to 64GB with microSD. In contrast, the earlier smartphone had Android 5.0 Lollipop, Quad-core SoC, and 16GB internal storage, so the Zenfone Max Z010 seems to have certainly upped their game a notch. It grants the user a 2GB and 3GB RAM variant at a reasonable price range.

This smartphone’s display is 5.5-inch with Corning Gorilla Glass 4 protection, and it is 1280×720 pixels. Asus Zenfone  MaxZ010 is equipped with a camera with Rear camera of 13MP with f/2.0 aperture, Real Tone flash, Laser Auto Focus, and a Front camera with 5MP f/2.0 aperture and 85-degree wide-angle lens. This smartphone has a dual sim, and the connectivity option is 4G LTE / 3G HSPA+ with Wi-Fi 802.11 b/g/n and Bluetooth 4.0 equipped with GPS with a long-lasting battery of 5000mAh.

Asus follows the same design language for all smartph, whetherther it be a flagship, mid-range, or entry-level device. The ZenFone Max looks precisely like one of the ZenFone 2 series, which hardly comes as a surprise for Asus. It also follows suit, being slightly heavyweight like others in the series, with 202 grams. However, the extra weight does not feel unreasonable as it is mostly because of the phone’s 5000 mAh battery. Zenfone’s curved back also assists the design and makes it quite convenient to handle.

A metal frame runs along the edges, and the rest of the smartphone is entirely plastic. The buttons seem to be positioned extremely effectively for one-handed use because there are absolutely no keys on the device’s left side. The right side of the device has both the volume rocker and the power button. The Micro-USB port is placed at the bottom, and the microphone is right next to it; it has a 3.5mm audio port present at the top of the smartphone.

The phone’s front has a 5.5-inch display with the Asus logo in silver color right above it. The front is also equipped with an 8-megapixel front-facing camera, a microphone, and a proximity sensor, showing a front-facing flash. Three capacitive buttons are placed below the display, although they are not backlit. We have got the Asus logo at the back equipped with a 13-megapixel rear camera having an LED flash, a camera sensor, and a loudspeaker placed at the lower end. We can find two micro-SIM card slots and a microSD card slot underneath the back cover, which is removable. 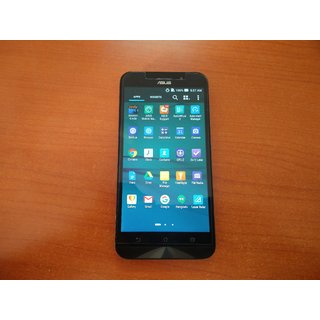 Talking about the camera review, the back camera catches fair pictures with a decent measure of subtleties. In any case, we saw that the pictures were somewhat on the warmer side when taken in low-light conditions. The pictures were overexposed and oversaturated in brilliant daylight as the sensor neglected to distinguish the specific amount of light. The gadget secures focus extremely effectively.

The front-facing camera also shoots decent photos with impressive details when taken outdoors. They seem to capture the outdoors beautifully; however, they lack a certain detail level while taking photos indoors.

The battery life of the Asus Zenfone Z010 is undoubtedly the best part of the smartphone. While it certainly takes quite a while to get fully charged up, once charged, it definitely gives its user a long-lasting usage capability. The 5000 mAh battery ensures great performance. Even after long durations of active use, such as using social media, streaming YouTube videos, making calls for more than one hour, or playing high-quality games on the device, it seems to have lasted for twelve hours easily. This in itself is a commendable achievement for a smartphone of this price and range. Zenfone triumphs its contemporaries when it comes to battery performance with flying colors.

The software performs satisfactorily, and there are no glitches or lags while multitasking and using different apps simultaneously. It performs well in day-to-day functions of making long calls or using networking applications. However, the same cannot be said about the notifications drawer as it does show some lags. The hardware of the Zenfone device is of mediocre quality, but it does the job.

The display is for sure not the strong suit of this device. We observe that the auto-brightness function does not work effectively, and it is simpler to do it manually. Additionally, while watching videos on the screen, a yellow tint seems to have appeared along the edges, not ideal.

To recapitulate the above observations, we conclude that this device’s pros include one of the highest-rated battery capacities, quick focusing cameras in daylight, gorilla glass protected display, the effective and fluid performance snapdragon, and 2 GB RAM. The cons of the device include the mediocre hardware and display, and some might be inconvenienced by the relatively heavier weight, although it is not unforgivable. Altogether, the Asus Zenfone Z010D gives an affordable option for someone who prioritizes battery life and does it with impressive all-around performance.